SURREY, BC – Demand for Fraser Valley real estate remained solid in October with overall sales the third-highest on record. 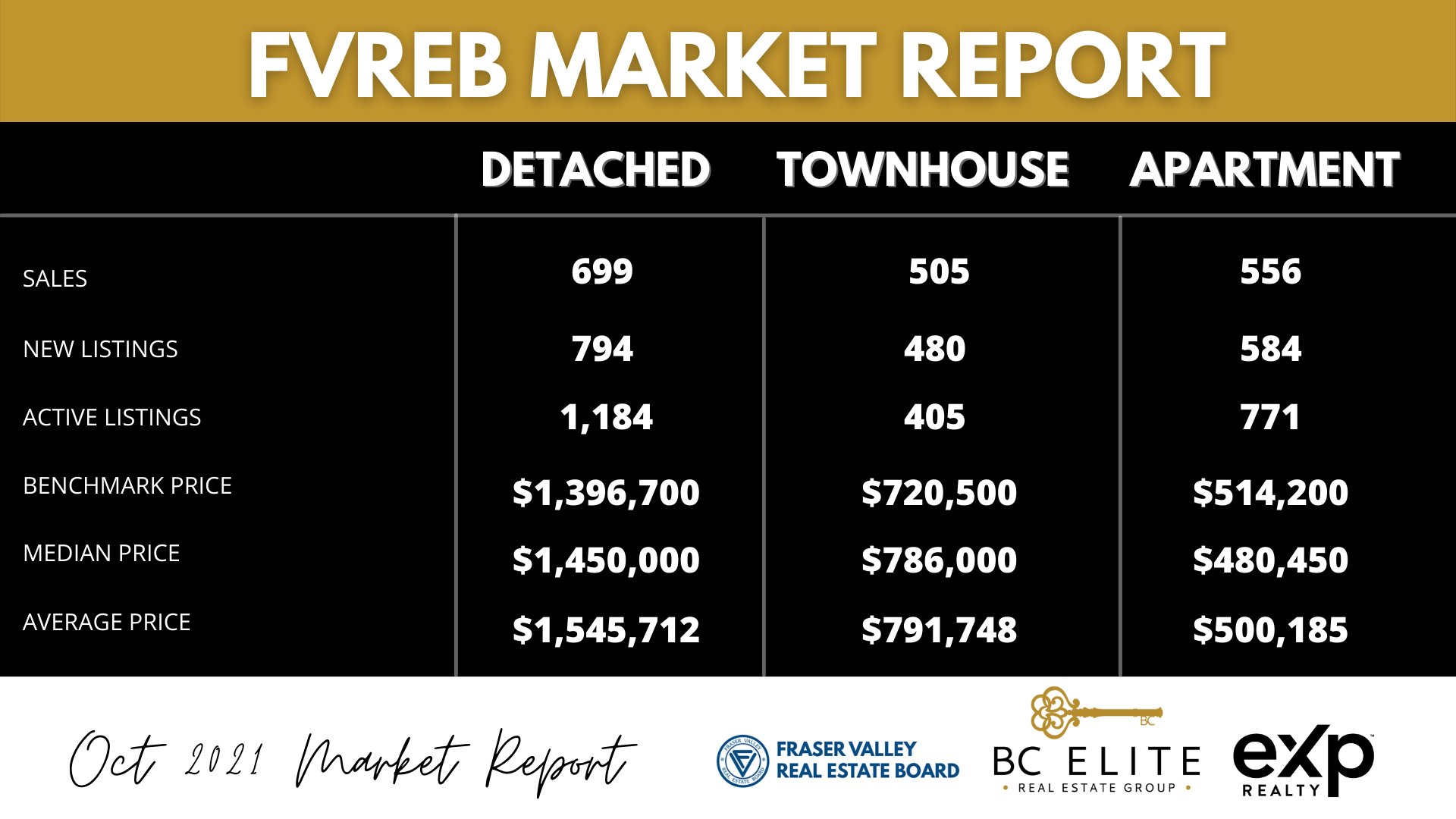 Larry Anderson, President of the Board, said, “What we’re seeing is a combination of above‐average sales with below‐average new listings which is placing strong upward pressure on home prices, for all residential categories, month‐over‐month.

“It is a very challenging time, particularly for buyers. I empathize with clients who have been trying to buy a home for more than a year without success after multiple attempts. Now, more than ever is the time when buyers and sellers alike must rely on their REALTOR® to guide and advise them in considering all available options, including a change in the community or even property type.”

Baldev Gill, Chief Executive Officer of the Board, said, “Fraser Valley is a top destination currently in BC for buyers looking for relatively affordable family‐sized homes. Townhomes and single‐family homes are selling on average within two to four weeks in our region, with buyers keenly watching the market for new listings.”

Across the Fraser Valley, in October, the average number of days to sell a single‐family detached home was 28 and a townhome was 18 days. Apartments took, on average, 27 days to sell.